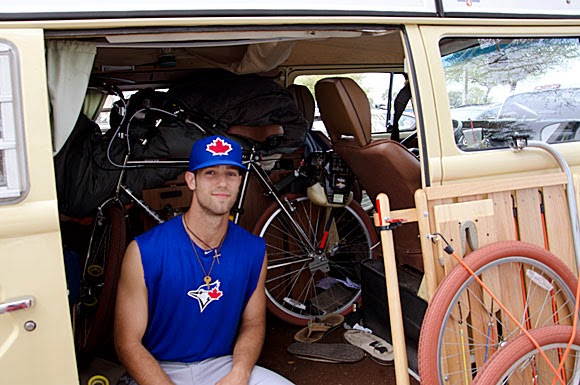 As we have now flipped the calendar to the final month of baseball's regular season, it seems like a good time to take a look at where the Blue Jays stand with regards to an ever-elusive playoff berth. Spoiler alert: it ain't real pretty, but it also isn't as hopeless as all the ridiculous #GarbageClowns out there would have you believe.

As of this writing, the Jays' record is 71-67 and they are 10 games back of the Orioles for the division lead and 5.5 back of the second Wild Card. It's not quite time to stick a fork in their season and call it done, but one bad week is all they need to torpedo their unexpectedly strong 2014 campaign once and for all.

That being said, it's September and watching the standings is not yet a futile endeavour. 5.5 games with 24 remaining is a lot of ground to make up, but it's not impossible either. However, where once the Blue Jays were masters of their own destiny, they will now be at the mercy of what the teams ahead of them do as well. It's not a comfortable position to be in, but let's remember that it's a much better one than most would have predicted when the season started.


The schedule doesn't do them much in the way of favours, but it could be worse. Having started the month with a series win over the Rays in Tampa (no really, look it up) and a chance for the sweep tonight, the rest of their September sees them heading to Boston for three, before returning home for three game series' against the Cubs and Rays again. After that they head back out on the road for three games apiece against their divisional rivals in Baltimore and New York. They finish the season with a six-game home stand, playing three potentially huge games against the Mariners and finishing up with a series against the Orioles.

There are opportunities to make up ground there, but not really any pushovers to be found. Even the lowly Cubs seem a bit more dangerous now that some of the big bats from the farm have started making their Major League debuts. Instead, the best opportunities to gain ground come in the form of their games against the teams they're pursuing for a Wild Card spot, specifically the Mariners and Yankees. I suppose if you're inclined to indulge in particularly optimistic flights of fancy, even the six games against the Orioles could have implications for the division lead, but I for one have given up on waiting for what I once considered the inevitable Orioles collapse.

To aid in the daunting task of securing a Wild Card berth, the Blue Jays have taken advantage of expanded September rosters to call up pretty much anyone with any utility at all to the big league club, including a number of highly touted youngsters that we haven't seen much, if anything, of so far. Top pitching prospect Daniel Norris will be available out of the bullpen, and top position prospect (and GTA native) Dalton Pompey will be on the bench. Less sexy pitching prospects Sean Nolin and Kendall Graveman will also pitch out of the pen, and both could potentially factor into the back end of a starting rotation next year, or at the very least serve as depth should the Blue Jays have less spectacular health in the rotation than they have so far in 2014 (knock wood).

It's a bit interesting to see some of these guys called up, as Norris, Pompey and Graveman were promoted very aggressively this year, so one might be inclined to question the front office's motivations. Do they really think these guys can help the club immediately, or are they already preparing to sell fans on hope for the future when the club misses the playoffs, which remains the most likely scenario by a pretty wide margin? I tend to lean towards the former reason, but I'm sure there's a bit of the latter in there as well. Whatever. I'm stoked to see what they can do either way. Andrew Stoeten has some great stuff over at Drunk Jays Fans about the service time and roster management implications of all these moves. Totally worth a read.

In terms of more familiar faces, Brandon Morrow is back and will pitch out of the bullpen. He'll be trying to build up some value before heading into free agency once the Jays inevitably decline his $10 million option for 2015. Both sides of the potential 2015 center field platoon, Anthony Gose and Kevin Pillar, are back with the big club, primarily for pinch running and defensive replacement purposes I would assume. Dan Johnson is also back to provide a little more left-handed power off the bench, and the recently acquired John Mayberry Jr. is there to do the same from the right side of the plate. Oh yeah, and Ryan Goins is back too, because apparently they don't have enough infielders that can't hit. I'm being a bit harsh, because obviously his great glove has value as a defensive replacement, but I'm getting pretty tired of watching him swing a bat. George Kottaras, another GTA native for whatever it's worth (which is nothing), gets the call to serve as the club's third catcher. Really though, if we're talking about any scenario that doesn't involve catching R.A. Dickey he's probably more like the second string catcher with Thole remaining in the Dickey caddy role.

So both the bench and the bullpen are stronger than they were in August, but the odds are it's too little too late for the Jays. That being said, this is still fun. The games still matter, and we might get a few glimpses of a future that seems more promising than it did prior to this season, especially should the Jays fall out of contention early in the month. I, for one, will take the hell out of that.